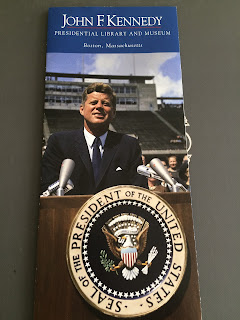 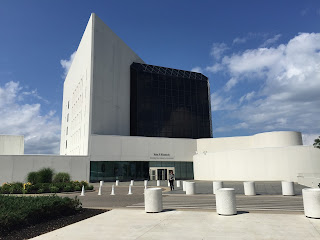 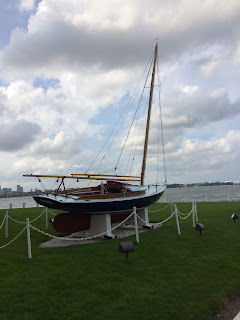 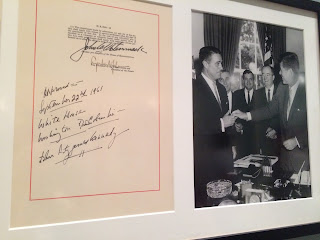 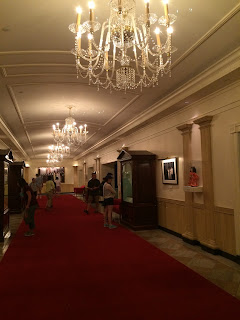 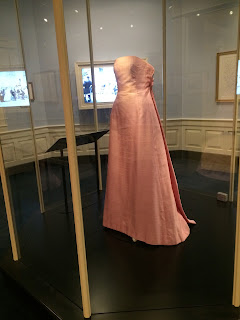 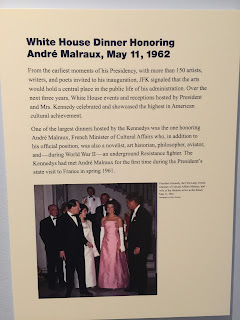 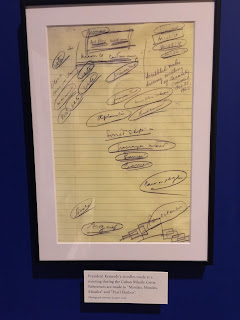 
This museum sits on Boston’s waterfront. The Victura, his boat, is on display behind the museum, on the grounds. I was especially moved by all the personal items in the library. It was a very intimate display of John F. Kennedy’s life, legacy, and leadership.

My favorite moment was standing in the recreated Oval Office room and watching MLK’s “I Have a Dream” speech. John F Kennedy was our 35th President during a very conflicted time in our Nation’s history. I was reminded of that as I stood there and watched the footage of Americans pleading for equality and fair treatment.

John F Kennedy had a dream too. It involved landing on the moon. He was President during the ‘race for space’ era. Did he accomplish that goal? Yes, we put a man on the moon.


He was also President during the Cuban Missile Crisis and a major portion of the museum is dedicated to that. The documents, history and events of that critical time are on display, It was fascinating and very educational. He had a level mind and a desire for peace – Not a nuclear world war.

I loved reading the hand written notes in the museum – so very personal. Made the place come to life.

I left feeling very grateful for dreams and ideas and the ability we have to make a difference! 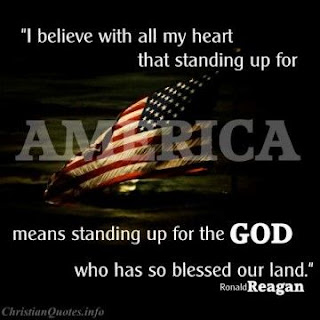 "I believe with all my heart that standing up for America means standing up for the God who has blessed our land." ` Ronald Reagan
Posted by Wendy Christensen at 12:10 PM No comments:

Email ThisBlogThis!Share to TwitterShare to FacebookShare to Pinterest
Labels: 4th of July, a blessed land, America quote, Ronald Reagan quote, stand up for America by standing up for God 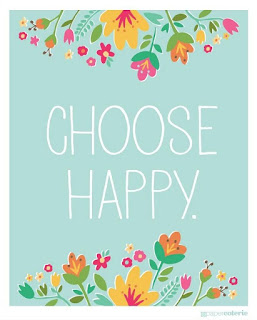 Focus on the positive. Sure, there are a ton of bad things in life ... what good does it do to focus on them? The best way to make a difference is to move forward with positive energy. Lift others along your way!

I promise, the positive energy you choose to share and radiate will lift others around you.

Choose happy and move forward!
Posted by Wendy Christensen at 10:45 AM No comments:

Email ThisBlogThis!Share to TwitterShare to FacebookShare to Pinterest
Labels: choose happy, create a happy life, focus on the good in life, keep moving forward, life is good when you are happy, positive energy, ways to be happy, you get to choose 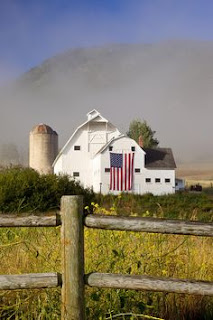 America, land that I LOVE!

I think there's nothing more American than a farm and a barn and a flag ...
Baseball is up there on the list too.

PS: Freedom is not free.

Posted by Wendy Christensen at 11:23 AM No comments:

Email ThisBlogThis!Share to TwitterShare to FacebookShare to Pinterest
Labels: American, baseball, farms in America, flag and barn, freedom is not free, i believe in America, July, Land that I love, work for what you have
Newer Posts Older Posts Home
Subscribe to: Posts (Atom)