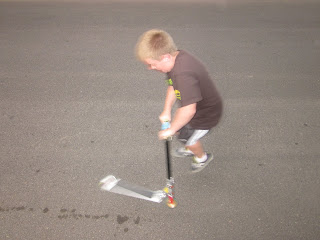 Back in the 50’s having a hot car was the thing. Remember the scene from “Grease” and all the guys are in the car shop singing about the car? Well, my son who is 12 loves his scooter as much as those T-birds loved their cars – maybe even more so. He doesn’t have an actual scooter shop to sing and dance around in but he does have a passion for making his scooter ultra cool. Every time I see his ultra scooter machine I start to sing: “Scooter Lightening” …

OK back to the present - If you visit my son’s room, you’ll notice a container filled with scooter parts, bolts, hand bars, extra grips and tools. Late at night you can see the light escaping from underneath his door and hear the sound of clunky parts hitting the floor … he’d rather work on that scooter than sleep, watch TV or sometimes eat.

I knew he loved his scooter but didn’t realize just how much until the day it was stolen. Let me set the scene: It was 3:35 on a hot Thursday in August. I stopped at the scooter park to pick him up. To my amazement, I was met by five 12-year olds all talking at the same time. One of them was talking to the 911 dispatcher while the rest of them were shouting (in my face) about the events that had just occurred. Kaleb was the only one not talking. He was trying to be calm and fight back the tears. I knew something was wrong. And after gathering all the information from the crowd in front of me – I realized his favorite object in the world had been ripped off. Or should I say scooted off? Bottom line – my son was devastated.

To make a long story short, I am happy to report that we were helped by a very wonderful Officer who after getting a statement from my son was able to capture the older boy and the scooter. We went down to the Police Station to reclaim the much cherished object.

To our surprise, the Officer had the sticky fingered Thief come out and meet us and apologize for his wrong doings. It was a moment I’ll never forget. I’m hoping he won’t forget it either.

The look on my son’s face was of total relief and gratitude. His friend – The Scooter had been returned.

As we drove home, we had a few moments to talk about the choices people make and the lasting impact that each choice can and does have. I couldn’t help but say: “Kaleb I hope you never steal – look how it makes people feel.” He looked at me and said: “You don’t have to worry mom, I’ll never do that to anyone – ever.” And I said: “I know.”

Thank heavens for the little moments in life that help us grow, learn and become.
And thank heavens that ‘scooter lightening’ is home safe and sound …
Posted by Wendy Christensen at 5:14 PM 2 comments: 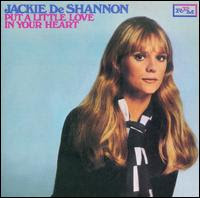 Summer was great – I enjoyed every moment. And now we’re back into school and that means I’m back in the car driving kids here and there and everywhere. Thank heavens for the radio! I appreciate the entertainment and enlightenment that the daily drive mix provides.

Do you feel the difference? I did! One is about putting love in your heart and by doing so helping create a better world for everyone. The later song is all about selfish desires with NO responsibility. Give me what’s free and make me feel good.

It seems to me that the songs, media and trend of today is more about pulling away from kindness, thoughtfulness, and responsibility – it’s more centered about what a person WANTS now. And forget about reaching out with love for another person … that seems to be a lost art form.

Can you tell that these two songs caused me to do some thinking?! Amazing how a song or two can affect a person …

I'm putting a little love in my heart and making the world a better place! You can too – if you want!

History about the song -
"Put a Little Love in Your Heart" is a song originally performed by Jackie DeShannon in 1968, who composed it with her brother, Randy Myers, and Jimmy Holiday. In the USA, it was DeShannon's highest-charting hit, reaching #4 and rivaling the success of her signature song, "What the World Needs Now is Love".
Posted by Wendy Christensen at 9:50 AM 2 comments:

Email ThisBlogThis!Share to TwitterShare to FacebookShare to Pinterest
Labels: lady gaga bad romance, lyrical extractions, Make the world a better place with love, put a little love in your heart by Jackie DeShannon, songs on the radio

Plan to be surprised ... 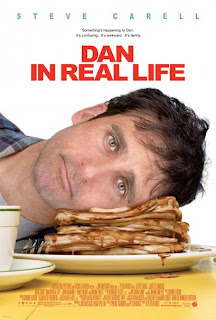 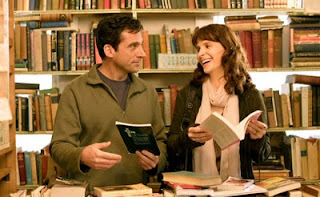 Recently, I watched the movie – “Dan in Real Life” and was totally surprised by my response to it. First of all, let’s rewind and talk about how many times I’ve walked by this DVD and thought (due to the cover) there was no way I’d find it interesting. On the cover is a big face shot of Steve Carell – (he’s the main character in the long-running Office sitcom that still runs on TV today). I don’t love his personality on the Office and have seen the sitcom maybe 10 times. So a big photo of his face on the cover of a DVD holds no appeal for me.

We recently signed up for Netflix and get our movies instantly and some via mail. I have to say that part of me misses the DVD hunt on Friday night at the local video shop – to me, there is something very fun about bumping into people while looking for the perfect flick … and I like holding the actual product and reading the cover before checking it out. Am I the only one left on the planet who actually likes to deal with REAL people as opposed to doing everything online?

So I get the mail one day and there it is – “Dan in Real Life” via Netflix. I have no idea what the movie is about and there is no big face shot on the cover of Steve Carell – otherwise I wouldn’t watch it. A week goes by and the movie is still sitting in the red and white envelope. My husband invites me to watch a movie with him – so I do.

Can you guess what we saw? Yup – “Dan in Real Life” I was so surprised by how much I liked it – I watched it again. And it changed my opinion of Steve Carell – the guy can act and I loved his character in this movie. If you get the chance – watch it!

There is a line from the movie that I really like – Instead of telling our young people to plan ahead, we should tell them to plan to be surprised. I don’t know about you but I love surprises and we can only be surprised if we are open to them.

This week, open your eyes and see things around you with awe and amazement!
There are beautiful things that happen every day. Sometimes little, sometimes big – Life is full of wonderful surprises – let them in! Make plans to be surprised! 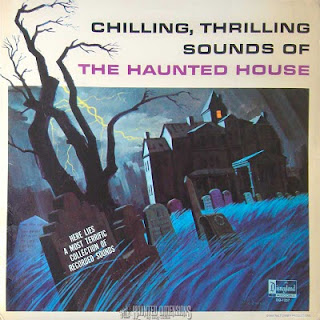 My daughter and son have music lessons every week. The music shop where they receive their instruction is located in a shopping center in the middle of town. During their lessons, I have a half hour to wander and check out the latest arrivals in the nearby antique boutiques. Last week, my son (who is 12) joined me for my weekly ‘antique dash’ …

In one particular corner of a corner store, we found a collection of old records. The one that caught our eye was “CHILLING, THRILLING SOUNDS OF THE HAUNTED HOUSE” – we quickly started to read the back cover of the album and discovered that it contained the following sounds: Drips and splashes, Things in space, The Unsafe Bridge, Chinese Water Torture, Shipwreck and a Collection of Creaks.

I looked over and noticed that my son’s expression had changed to a hint of fear. This record was compiled by the Sound Crew at Disney in 1964. I think the main sound listed that caused my son the greatest amount of anxiety was – Screams and groans. Or perhaps his discomfort was coming from the warning at the bottom of the record which read: This particular Disneyland record, CHILLING, THRILLING Sounds of the Haunted House is not intended for young impressionable children from three to eight. It is intended for older children, teenagers and adults.

I asked my son if we should buy it for the upcoming Halloween holiday and he quickly responded (with a powerful) “NO!”

"Why not?" I asked.
"I just don’t think we would sleep if those sounds were playing in our old house.”
“Good point.” I said.

We left the record there and moved on.


PS: That little moment brings a spooky smile to my face every time I think of it.
Posted by Wendy Christensen at 9:34 AM 1 comment: