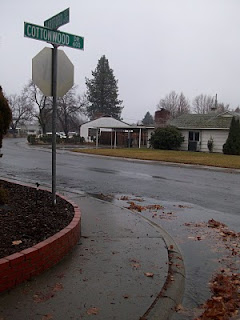 I was blessed to be born into a home with lots of children and to two parents who loved each other very much. Some of my fondest memories of growing up are my adventures with my sister, Amy. I am two years older than her and we spent a great deal of time together as kids. We shared a paper route, shared a bedroom, shared clothes, fought over clothes, shared laughs, shared tears, shared dreams and most of all shared our growing up years!

Not too long ago on a rainy day, I found myself at the BIG Puddle. This puddle was one of our favorite places to run to as kids. It was a very short distance from our house but running to the big puddle was like freedom and escape from the mundane. There was something wrong with the drain system around this particular corner and the water would just puddle up and out into the streets. This puddle seemed like a little river to us! We loved to splash in it and hunt for worms and pretend we were in another country – like Australia.

Then when we were done pretending and imagining we would make our way back home.

Every time I find myself at this particular little corner – I think of my sister and wonderful times we shared as kids. And I can’t help but smile and appreciate the little things (like a puddle) and the big things (like sisters)... that help us become who it is we are.

So today – I wish my dear sister, Amy, a very happy birthday! Thanks for being such a wonderful sister and friend. (I love you).

PS: I hope your day is filled with loving memories, happy moments and lots of smiles!
Posted by Wendy Christensen at 9:08 AM 1 comment: 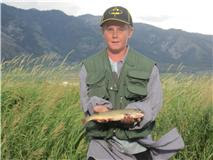 Vulnerability -
When was the last time you let yourself be vulnerable? Has it been a while?
I continue to learn that the more we put ourselves ‘out there’ the more we learn, the more we grow and the more we become.

What does ‘out there’ mean?

I’ll illustrate my point with my son, Kaleb. He decided he wanted to try wrestling at his middle school. He is in the 7th grade and was introduced to wrestling during P.E. class. He liked it and decided to join the wrestling team. We didn’t know anything about wrestling and let’s just say it’s been a very educational season!

The night before his first match, he came downstairs in his singlet. Have you ever tried one of those things on? Me neither. Let’s just say – I think anyone who dares to don one of those outfits has guts! And no doubt you feel a little vulnerable wearing one.

Kaleb has his last wrestling meet today and as I sit here thinking about him and the past wrestling season, I find myself smiling and feeling really proud of him (singlet and all). He definitely put himself ‘out there’ and has learned a great deal, met new friends, had fun and realized that he can do hard things (like be pinned in 25 seconds) in front of a crowd and still hold his head high.

Thanks for reminding me Kaleb that vulnerability coupled with our desire to learn, grow and become happens as we step out of our comfort zones and try new things – yes, even scary things … like wearing a singlet and standing toe to toe on a mat ready for 3 rounds of whatever throws, slaps and toss downs come your way.

This week – put yourself ‘out there’ … allow yourself to feel vulnerable and see what adventures lie ahead.

Some ‘out there’ ideas: Forgive, Write an apology letter, read the first page of your book out loud to someone, sing in public, dance, ask questions, don’t be afraid to say I don’t know, learn about something new, join a gym, start a new job, pray, turn off the TV, do something alone, refuse to be dragged down by negative people, take a trip …
Posted by Wendy Christensen at 12:06 PM 3 comments:

Email ThisBlogThis!Share to TwitterShare to FacebookShare to Pinterest
Labels: become your best self, fishing in afton wyoming, my son kaleb and wrestling, put yourself out there, take a risk, vulnerability

"To get up each morning with the resolve to be happy…is to set our own conditions to the events of each day. To do this is to condition circumstances instead of being conditioned by them." --Ralph Waldo Emerson
Posted by Wendy Christensen at 1:00 PM No comments:

Email ThisBlogThis!Share to TwitterShare to FacebookShare to Pinterest
Labels: choose to be happy, get up each morning with the resolve to be happy, Our moments matter, ralph waldo emerson quote, the power of our thoughts, walking in the rain

My morning with Lauren ... 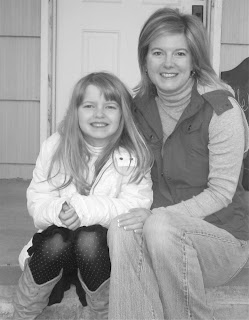 A little moment from this morning -
The two of us were able to attend "Morning with Mom" at her elementary school and together, we ate doughnuts shared a glass of milk and toured the school. It was a great way to start the day.

I love you Lauren - thanks for being such a wonderful, bright spot in my life.
Posted by Wendy Christensen at 12:48 PM No comments:

Email ThisBlogThis!Share to TwitterShare to FacebookShare to Pinterest
Labels: finding joy along the journey, morning with mom, my daughter is a bright spot in my life, Wendy and Lauren Christensen 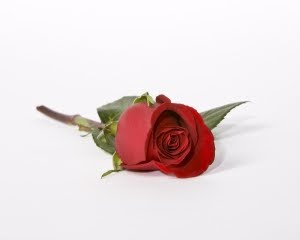 ... A single red rose, a kiss, a love letter, a walk, holding hands, reading a book together, snuggling on the couch and watching an old movie, dinner by candlelight, a road trip, omelets before bed, talking, and most of all 3 little words that never get old - I LOVE YOU.

Happy Valentine's Day - slow down and enjoy the romance...!
Posted by Wendy Christensen at 12:17 PM 1 comment:

Email ThisBlogThis!Share to TwitterShare to FacebookShare to Pinterest
Labels: a love letter, a romantic valentine's day, a single red rose, get romantic, slow down and enjoy the romance 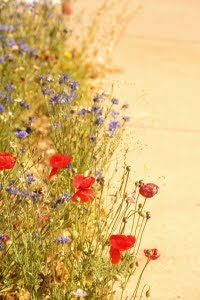 "Let us be grateful to people who make us happy; they are the charming gardeners who make our souls blossom." - Marcel Proust

Today: Write a letter to someone who makes a difference in your life! Let them know how much you love them ...
Posted by Wendy Christensen at 10:08 PM 1 comment: